US Strikes On Syria Could Put Russian Troops Under Fire 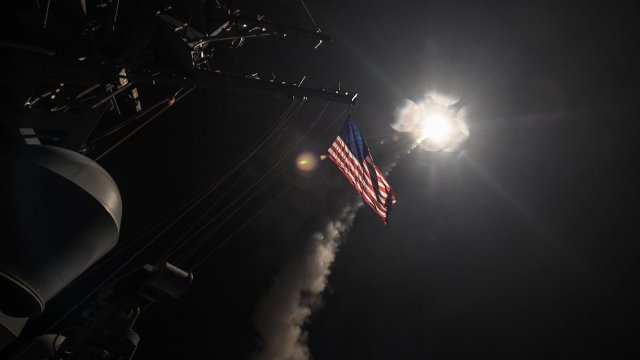 SMS
US Strikes On Syria Could Put Russian Troops Under Fire
By Matt Picht
By Matt Picht
April 11, 2018
Striking the Syrian government risks accidentally attacking the Russian troops aiding it, which could escalate the conflict further.
SHOW TRANSCRIPT

The last time the U.S. launched cruise missiles into Syria, it made sure to warn Russia the strike was coming.

President Trump's ominous Wednesday tweets aren't quite the same thing, but they do make one thing clear: The U.S. really, really wants to avoid striking Russian forces in Syria.

If the reported mail-in ballots from Russia's recent election are any indication, there are well over 2,000 Russian forces currently stationed in Syria to support the regime of Syrian President Bashar al-Assad.

Russia said Wednesday it would deploy troops near the rebel-held town of Douma, where the regime allegedly carried out a suspected chemical weapons attack that left dozens dead. 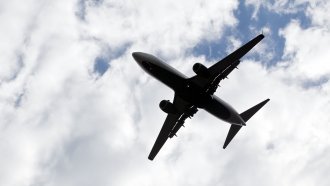 Airlines In Europe Are Being Warned About Possible Airstrikes On Syria

If any of those Russian forces are hit in a U.S. strike, Russia may feel compelled to retaliate. And since Russian soldiers are working closely with Assad's troops, it's tough to target Syria without putting Russians in the crosshairs as well.

Russia's ambassador to Lebanon has warned that Russia would attempt to shoot down a U.S. missile strike and target the missile launch sites in response.

But Russia might not be so quick to retaliate — the country probably doesn't want to get into a shooting war with the U.S. either.

U.S. and Russian forces most recently clashed in February, when U.S. strikes killed dozens of Russian citizens helping Syria's government attack a rebel base. Russia downplayed the incident at the time, saying the dead Russians were private mercenaries not affiliated with the government.