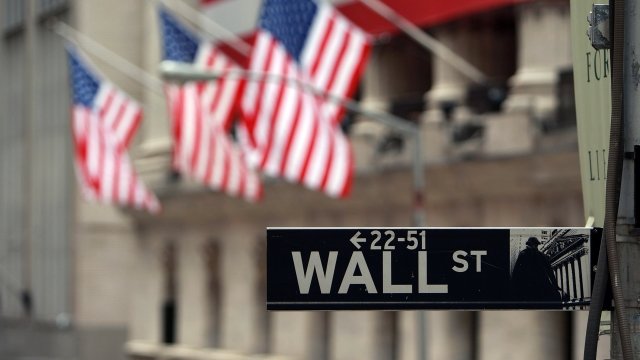 The Dow took a dive after the opening bell, falling as much as 500 points at one time. Both the S&P 500 and Nasdaq took hits of 1 percent or more before the losses were recovered thanks to a rise in tech shares.

U.S. stocks have been tumbling lately, most recently erasing 2018 gains at the end of November. But what's been causing the slowdown?

For starters, Monday's drop is due at least in part to U.K. Prime Minister Theresa May's announcement that Tuesday's Brexit vote will be delayed. Uncertainty about the U.K. and European Union's relationship adds to investors' fears about slowing global economic growth.

Analysts have also pointed to trade tensions with China as a big piece of the puzzle. Earlier Monday, China banned most iPhone sales after granting an American microchip maker an injunction against Apple. The move is likely to escalate tensions between the U.S. and China even further.

A report released by the Federal Reserve last month echoed both of those concerns. It outlined vulnerabilities to the U.S. financial system, listing Brexit and trade tensions with China as potential risk factors.

While no one knows exactly when a recession could happen, experts and banks like JP Morgan Chase & Co. say it may be likely to happen within the next two years.