US State Department Warns 'Do Not Travel' To Venezuela 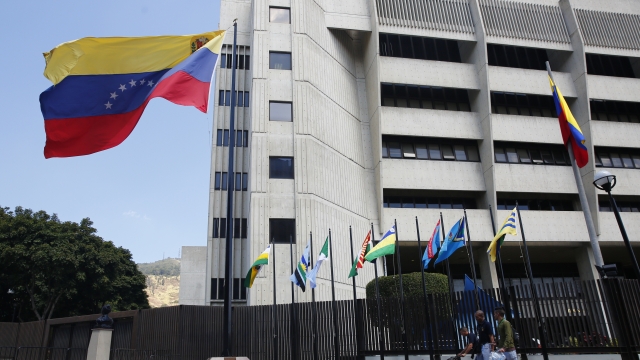 The U.S. State Department updated its travel advisory for Venezuela, raising it to its highest level possible.

The department issued the "Level 4: Do Not Travel" advisory Tuesday, citing "crime, civil unrest, [and] poor health infrastructure." The State Department also says the Venezuelan government could arbitrarily arrest and detain U.S. citizens and warns there may be little the U.S. can do to help.

That's because tensions between the American and Venezuelan governments are high right now. Last week, the State Department issued a security alert advising all non-emergency government employees, their families, and any Americans currently in Venezuela to leave the country.

Maduro was recently elected to a second term, but his opponents and many foreign governments believe the vote was rigged.

The State Department has issued its highest travel advisory to less than a dozen other countries, including North Korea, Syria, Iran and Yemen.