The New US Human Trafficking Report Is Bad News For China 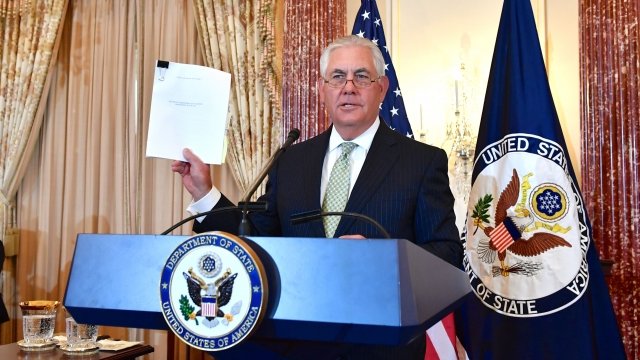 The U.S. Department of State has unveiled its annual report on human trafficking, and it has some pretty harsh words for China.

Secretary of State Rex Tillerson remarked on China: "It has not taken serious steps to end its own complicity in trafficking, including forced laborers from North Korea that are located in China."

This year's report downgrades China to the worst tier of human trafficking offenders — meaning it doesn't meet the U.S. standards for protecting trafficking victims, and isn't really trying to meet them.

The State Department singled out the country's treatment of North Korean citizens, accusing China both of hosting forced labor from North Korea and sending North Korean asylum seekers back to the country where they might be tortured or killed. 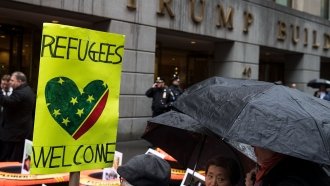 Secretary of State Rex Tillerson has tried to draw a line in the past between the U.S.' human rights values and its policy decisions.

But this report could make for a serious stumbling block in the White House's warming relationship with China, which President Donald Trump is leaning on to deal with North Korean aggression.