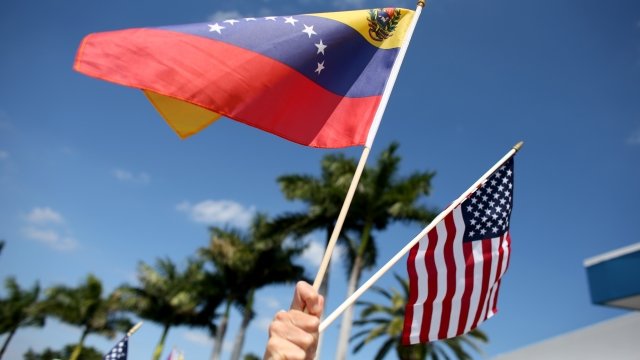 The U.S. Department of State has expelled two Venezuelan diplomats.

It comes one day after Venezuelan President Nicolás Maduro told the top U.S. diplomat and his deputy in Venezuela that they had 48 hours to leave the country. He accused them of conspiracy against the government.

The State Department said in a statement Wednesday that the accusations against the U.S. diplomats are "unjustified."

The U.S. and Venezuela have been trading punches since Maduro won a second six-year term as president on Sunday.

Multiple countries, including the U.S., said they wouldn't recognize the results of the election. And the U.S. imposed new sanctions against Venezuela on Monday.

In Wednesday's statement, the State Department said the Venezuelan diplomats have 48 hours to leave the U.S.