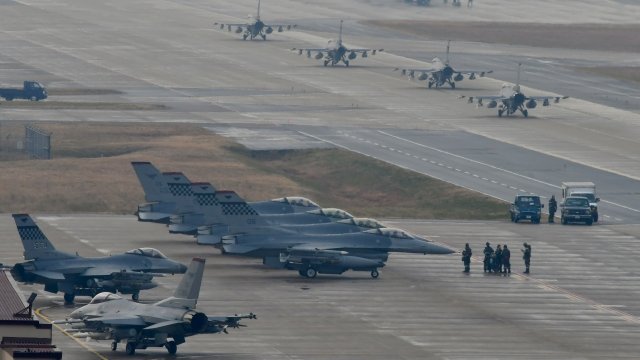 The annual exercise is called Vigilant Ace 18. A combined total of 230 aircraft from the U.S. and South Korea will take part in the drills.

The joint drill was scheduled before North Korea launched a ballistic missile Nov. 28. The Pentagon reported the missile traveled about 620 miles before landing in the Sea of Japan. It was the Hermit Kingdom's first launch since September. 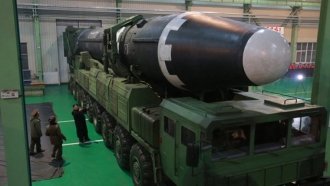 On Sunday, North Korea's state news media said the combined military drill between the U.S. and South Korea "will push the already acute situation on the Korean peninsula to the brink of nuclear war."

Personnel from the U.S. Air Force, Marine Corps and Navy are participating in Vigilant Ace 18 with South Korean air force personnel. The drills are scheduled to end Friday.