US And South Korea Agree To Revised Trade Deal 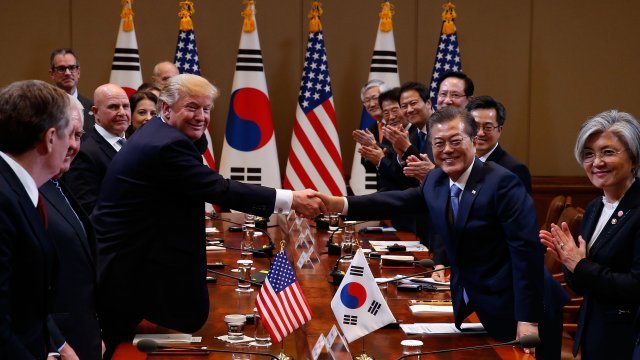 South Korea has agreed to a revised trade deal with the U.S., making concessions to avoid high American tariffs on steel.

South Korea agreed to reduce its steel exports to the U.S. by roughly 30 percent and double the number of cars each U.S. auto manufacturer can sell there without meeting South Korean safety and environmental standards, despite American car sales being far below the current limit.

The deal also extends an existing tariff on South Korean pickup trucks sold in the States by 20 years. That tariff was set to set to expire in 2021.

In exchange, South Korea was exempted from the U.S.' 25 percent tariff on foreign steel.