US Skier Mikaela Shiffrin Drops Out Of Another Winter Olympics Event 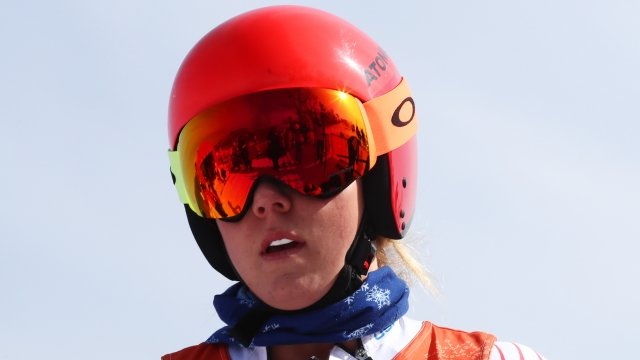 SMS
US Skier Mikaela Shiffrin Drops Out Of Another Winter Olympics Event
By Briana Koeneman
By Briana Koeneman
February 19, 2018
Shiffrin dropped out of Wednesday's downhill race after the alpine combined event was moved up one day to Thursday.
SHOW TRANSCRIPT

Shiffrin dropped out of Wednesday's downhill race because the alpine combined event was moved up one day to Thursday. Strong winds are expected on Friday.

She said in a statement released by the U.S. Olympic Committee, "As much as I wanted to compete in the Olympic downhill, with the schedule change, it’s important for me to focus my energy on preparing for the combined."

This will be the second event Shiffrin has skipped in Pyeongchang. The compressed skiing schedule forced her to sit out Saturday's super-G race.

Shiffrin came to the Winter Olympics hoping for a shot at five medals. But after missing two events and finishing fourth in the slalom race last week, that dream won't be possible this time.

But Shiffrin will come home with at least one medal. She won gold in the giant slalom, her first event of the 2018 Games.