US Sending More Soldiers To Fight ISIS In Iraq 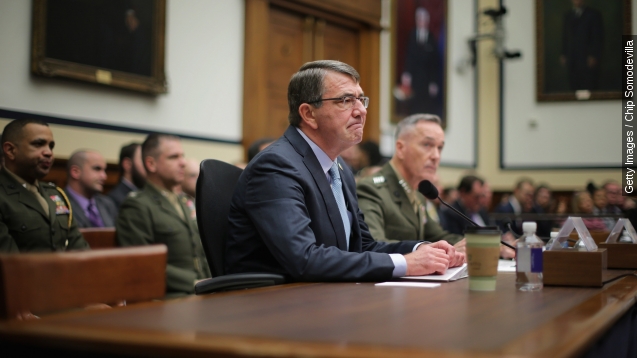 SMS
US Sending More Soldiers To Fight ISIS In Iraq
By Bell Johnson
By Bell Johnson
December 1, 2015
The U.S. will increase its efforts against the Islamic State by sending a new special operations targeting force to Iraq.
SHOW TRANSCRIPT

The U.S. is increasing its fight against ISIS by sending a new "specialized expeditionary targeting force" into Iraq. (Video via U.S. Department of Defense)

As a joint effort with the Iraqi government, the special forces will focus on putting pressure on ISIS while defending Iraq's borders and working together with the country's forces. (Video via U.S. Department of Defense)

In a hearing before the House Armed Services Committee, Defense Secretary Ash Carter announced the initiative, describing the force as "standing," meaning they would be stationed in Iraq but have the ability to make targeted attacks against ISIS in Syria.

"These special operators will over time be able to conduct raids, free hostages, gather intelligence and capture ISIL leaders."

The Pentagon's pledge of new forces joins the 3,500 troops currently in Iraq. The additional forces in the Middle East further expand the government's initiative against the terrorist organization.

While Carter didn't specify the exact number of troops, he did say it would be larger than 50.

The increased effort against ISIS follows calls from Republicans for more boots on the ground. Yet, Carter emphasized the need for greater international cooperation along with motivated local forces to avoid future attacks.