US Sen. Susan Collins Won't Run For Governor Of Maine A Second Time 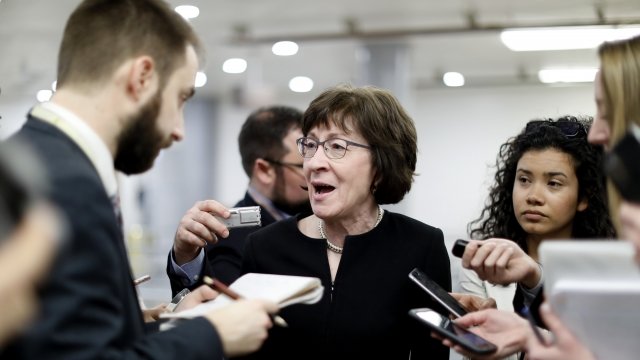 In an announcement Friday, Collins said the governor job is attractive but said she wants to "continue to play a key role" in issues like Russian interference in U.S. elections, North Korea and health care.

Staying in the Senate means Collins can continue to wield her influence.

More than once this year, she was one of a handful of Republicans who helped block the GOP's efforts to repeal and replace Obamacare.

Collins was first elected to the U.S. Senate in 1996. She is currently serving her fourth term, which ends in early 2021.

Before she was a U.S. senator, she unsuccessfully ran for governor of Maine in 1994.