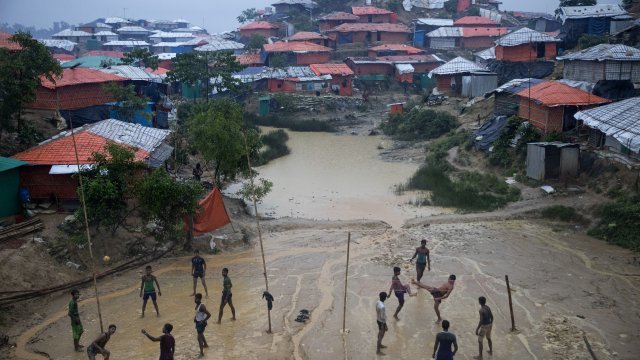 SMS
US Says Myanmar Military Targeted Rohingya With Planned Attacks
By Katie Cammarata
By Katie Cammarata
September 25, 2018
The State Department conducted a survey of more than 1,000 Rohingya refugees and published the findings in a report on Monday.
SHOW TRANSCRIPT

The State Department conducted a survey of more than 1,000 Rohingya refugees to "document atrocities" committed against them over the past two years. The findings were published in a report on Monday.

Myanmar says it was responding to attacks by Rohingya militants during the military crackdown.

Most of the people interviewed said they'd seen killings and hut and village destruction; two-thirds said they had witnessed an injury and half saw sexual violence. The Rohingya said most of the killings and injuries were carried out by Myanmar military members.

The State Department says results show "overwhelmingly" that the Myanmar military is primarily responsible for the violence that's displaced nearly 800,000 Rohingya since October 2016.

A recent report from the U.N. called the violence against Rohingya "the gravest crimes under international law."