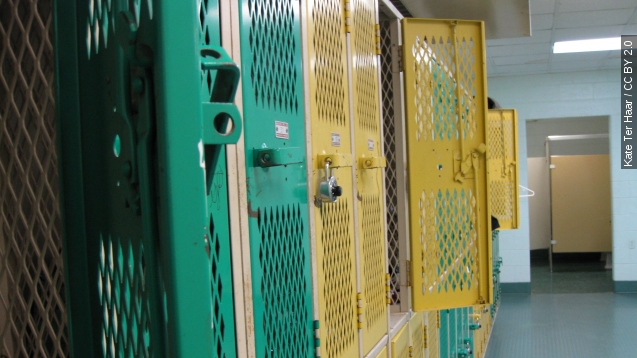 The U.S. Department of Education found the school district violated anti-discrimination laws by imposing restrictions on a transgender student.

It's being called the firmest stance on transgender rights by the federal government yet.

Officials say, by forcing the student to change and shower in a private area within the girls' locker room, the school district in Palatine violated Title IX.

As a result, the district's $6 million in federal funding is potentially at stake.

The superintendent told the New York Times school officials “worked long and hard” to find a middle ground. The student is allowed to play on a girls' sports team, choose bathrooms and is called "she" by staff.

Yet the student's representative told the Chicago Tribune it's wrong for the school to say, "'You, and you alone, must use [the private area].' That sends a pretty strong signal to her that she's not accepted and the district does not see her as girl."

The Education Department has given the district 30 days to reach a solution.