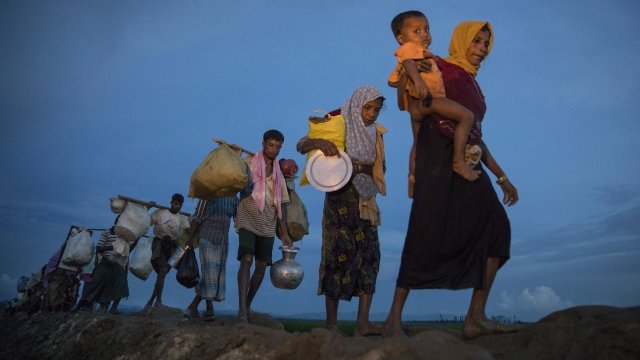 SMS
US Sanctions Myanmar Military Officials And Units
By Jake Jones
By Jake Jones
August 17, 2018
Secretary of State Mike Pompeo is set to release the results of an investigation into the situation in Myanmar later this month.
SHOW TRANSCRIPT

Myanmar, also known as Burma, has been accused of ethnic cleansing, mainly against the Buddhist nation's Muslim Rohingya population.

The military crackdown displaced roughly 700,000 Rohingya. Secretary of State Mike Pompeo has yet to decide whether to declare the situation a genocide.

Pompeo is set to release an investigation into the situation in Myanmar later this month.