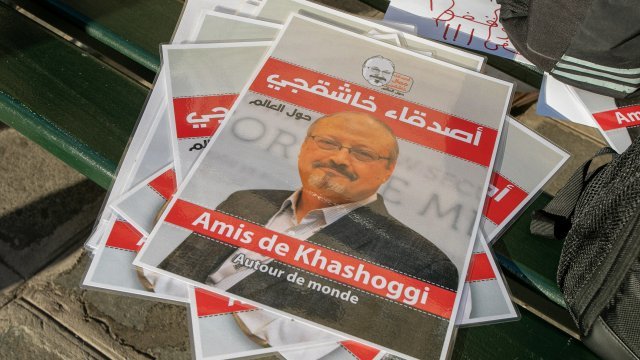 By Stephanie Liebergen
November 15, 2018
The same day, Saudi Arabia said it's indicted 11 people for the death of Jamal Khashoggi, and it plans to seek the death penalty for five of them.
SHOW TRANSCRIPT

The U.S. is sanctioning 17 people it says had a role in the death of Saudi journalist Jamal Khashoggi.

The Treasury Department announced the measure Thursday, saying all 17 are government officials from Saudi Arabia who were part of the team responsible for Khashoggi's death. He was killed Oct. 2 inside the Saudi consulate in Istanbul.

In a statement, Treasury Secretary Steven Mnuchin said, "These individuals who targeted and brutally killed a journalist who resided and worked in the United States must face consequences for their actions."

Also on Thursday, Saudi Arabia's public prosecutor said 11 people have been indicted for the journalist's death, and the country plans to seek the death penalty for five of them. But the prosecutor didn't release any of the suspect's names.

But the Saudi investigation deserves skepticism. The country changed its story multiple times before ultimately admitting Khashoggi had died. Turkish officials have been calling for an international investigation.