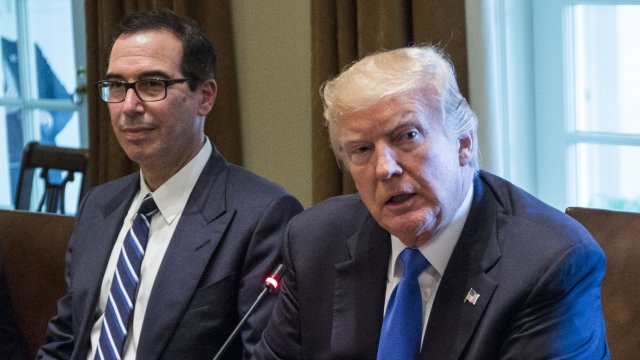 By Jake Jones
July 26, 2017
The White House is holding back on sanctioning the entire country or its prosperous oil industry out of concern it would make matters worse.
SHOW TRANSCRIPT

The Trump administration just sanctioned 13 high-ranking Venezuelan officials ahead of a vote that could rewrite the country's constitution.

The sanctions came the same day opposition leaders organized a two-day strike on the country's economy.

Massive protests are scheduled for Friday. In the first few hours of the national boycott on all business, areas dominated by the opposition were reportedly deserted, while other areas only showed a drop in foot traffic.

President Donald Trump issued an ultimatum this month to Venezuelan President Nicolás Maduro: Cancel the vote to elect a new "constituent assembly," or face "strong and swift economic actions" from the U.S.

But that vote is scheduled to go on as planned this Sunday. The new assembly would then have the authority to rewrite the struggling country's constitution. 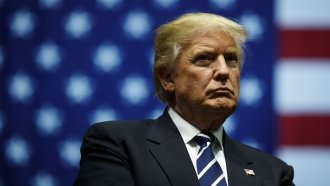 The sanctions announced Wednesday fall short of penalizing Venezuela as a whole, or even specific sectors of its economy.

They're also the third round of individualized sanctions against Venezuelan leadership. In May, the U.S. sanctioned eight Venezuelan Supreme Court judges, including the chief justice. That followed sanctions in February against the country's vice president, who's been linked to drug trafficking.

There's been concern that sanctioning the country's oil industry – where it makes 95 percent of its income – would make matters even worse for the Venezuelan people.

Sanctioning Venezuela's oil industry could have negative macro impacts on the U.S. as well. The U.S. imports a good deal of the country's crude (the third most after Saudi Arabia and Canada), and many U.S. refineries are specifically designed to process it. A sudden spike in gas prices could also result from sanctioning Venezuela's state oil company, Petrólos de Venezuela (PDVSA).

Officials told Reuters that the Trump administration isn't ruling out sanctions against the oil industry, and that the latest was the first in a potential "steady drumbeat" of U.S. responses to Venezuela's deteriorating democracy.