US Sailors Stationed In Japan Are Allowed To Drink Again 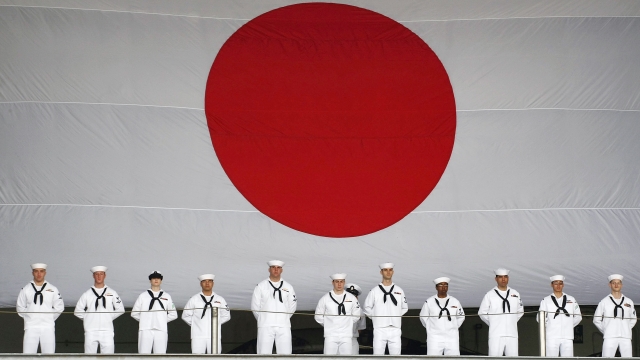 American sailors in Japan will once again be able to enjoy one of America's favorite pastimes — drinking.

On June 6, the U.S. Navy banned all its personnel in Japan from drinking alcohol because some of them kept getting into trouble.

In early June, a sailor stationed on the island of Okinawa caused a crash while her blood alcohol level was six times the legal limit in Japan and more than double the U.S. limit.

Japanese authorities pressured the U.S. to get its people in line, so the Navy imposed a drinking ban to try to curb the issues. After three weeks and some lectures on responsible drinking habits, naval officials rescinded the ban — with a few caveats.

Some lower-ranking sailors will need to have a "liberty buddy" in order to sign in and out of the base, and they'll have to be back by 10 p.m. Officials said they're happy that the education seems to be working.

A naval commander said: "I’m encouraged that our Sailors have embraced the remediation training, and understand the role they play in the alliance with Japan. We’re on a good start, a good trend, and I want this to continue."

This video includes clips from Al Jazeera and CCTV and images from Getty Images and U.S. Navy.