Can The US Work With Russia In Syria? It's Complicated. 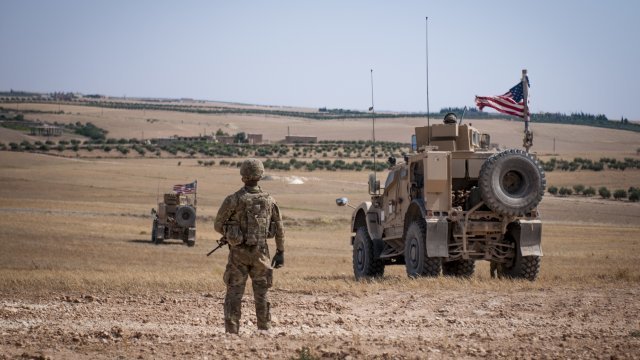 SMS
Can The US Work With Russia In Syria? It's Complicated.
By Jake Godin
By Jake Godin
July 19, 2018
Russia and the United States have conflicting interests in Syria — something that makes working together difficult.
SHOW TRANSCRIPT

More cooperation in Syria — that's just one of the ideas that came out of the Helsinki summit between U.S. President Donald Trump and Russian President Vladimir Putin.

"As we discussed at length, the crisis in Syria is a complex one," President Trump said. "Cooperation between our two countries has the potential to save hundreds of thousands of lives."

But here's the thing — cooperation between Russia and the U.S. is a lot easier said than done. That's partly because the two countries have fundamentally conflicting roles in Syria.

Russia's in Syria to serve as a guarantor for the safety of the Syrian government. That means it's helped Syrian President Bashar al-Assad fight any and all groups that oppose it — be it ISIS or any other rebel groups that happen to be fighting Assad's armies. 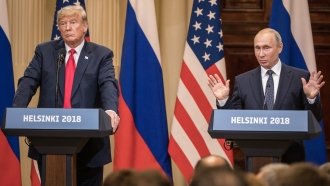 The U.S., on the other hand, is in Syria primarily to fight ISIS and is partnered with a predominantly Kurdish group in the country's northeast. While there's no appetite to fight Assad or his allies, the U.S. is adamantly opposed to working with his government.

The other reason cooperation in Syria would be so difficult is because, well ... past attempts at doing just that have come back with mixed results.

Take, for instance, the deconfliction line that Russia and the U.S. set up to sort out whose jets are doing airstrikes in what parts of Syria.

And while both Putin and Trump seemed to push the idea of furthering cooperation during the summit, so far nothing's come of it. When asked about working with Russia, the commander of the U.S. Central Command, Joseph Votel, said the military has received no further direction.