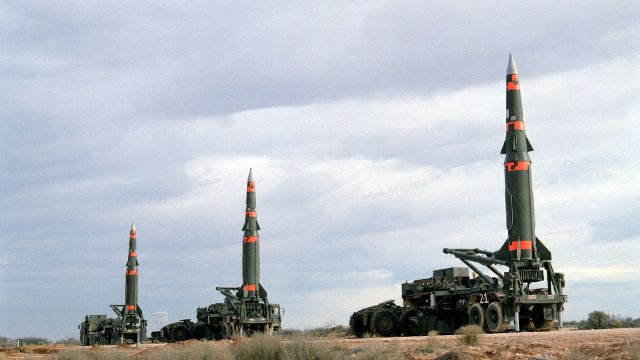 SMS
INF Treaty's Demise Gives US, Russia Room For New Nuclear Weapons
By Matt Picht
By Matt Picht
February 1, 2019
The pending end of the Intermediate-Range Nuclear Forces Treaty shows both Russia and the U.S. are taking a renewed interest in their nuclear weapons.
SHOW TRANSCRIPT

The U.S. suspension of its role in the Intermediate-Range Nuclear Forces Treaty with Russia has been in the cards for a while. The American government has accused Russia of violating the treaty since 2014.

The INF Treaty bans either country from fielding ground-based missiles with a range of between 300 and 3,400 miles. The U.S. argues Russia's Novator 9M729 missile violates those limitations.

Russia claims those missiles don't travel far enough to be covered by the INF. The country also accuses the U.S. military of similar violations under the treaty. — which the American government also denies.

The point here is flexibility: an intermediate-range ground-launched missile could help Russia pose a more direct threat to Europe and surrounding countries, without having to commit its larger strategic weapons to the region. 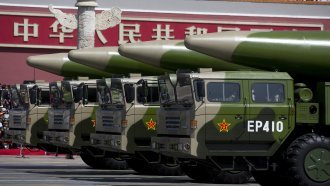 The U.S. is also looking to overhaul its own arsenal as well: it's started developing a lower-yield nuclear weapon known as the W76-2, which is supposed to be used on the battlefield without triggering a massive retaliation.

With the collapse of the INF, the arms control efforts between the U.S. and Russia come down to the New START treaty, which caps the amount of strategic warheads both countries can deploy. If that agreement isn't renewed when it expires in 2021, the two countries could be heading for another arms race.