Boeing, Airbus Can No Longer Sell Planes To Iran 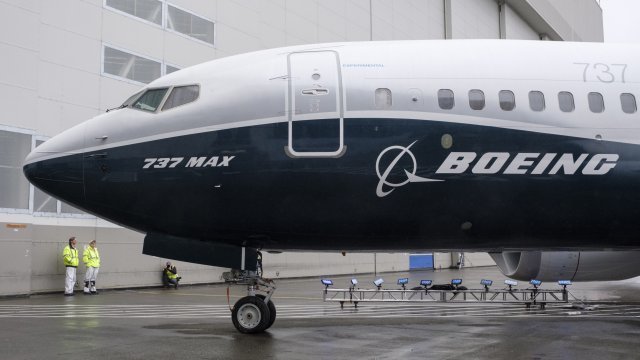 SMS
Boeing, Airbus Can No Longer Sell Planes To Iran
By Ethan Weston
By Ethan Weston
May 9, 2018
The U.S. is revoking the companies' licenses to export planes and related parts to Iran.
SHOW TRANSCRIPT

Boeing and Airbus are losing their licenses to export commercial planes and related parts to Iran after President Donald Trump announced he's pulling the U.S. out of the 2015 Iran nuclear agreement.

Treasury Secretary Steven Mnuchin said the licenses will be revoked after a 90-day period.

Outlets report Iran Air had ordered 80 planes from Boeing and 100 planes from Airbus. Airbus, which is based in Europe, is still beholden to U.S. licenses because more than 10 percent of the parts in its planes come from America.

Boeing may have seen this coming. The company's CEO told investors last month Boeing was pushing back delivery plans for those planes.