US Officials Reportedly Resuming Trade Talks With China Next Week 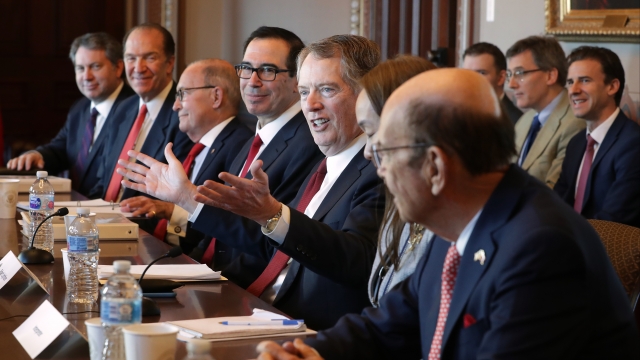 The stakes for these meetings are continuing to increase, since the end of the 90-day trade truce that President Donald Trump and Chinese President Xi Jinping agreed to back in December is closing in.

China and the U.S. have slapped tariffs on hundreds of billions of dollars of each other's goods since the dispute started. And President Trump has threatened to up the ante and increase those tariffs if negotiators can't come to an agreement by March 1.

But President Trump didn't rule out pushing that early March deadline back when asked about it last week. He's said a trade deal won't be finalized until he meets with Xi face-to-face, which could reportedly happen sometime later this month.

U.S. and Chinese officials most recently met to negotiate in Washington, D.C. at the end of January.  Talks so far have centered on things like trade balance and intellectual property issues. And The Wall Street Journal says China's recently agreed to allow cyber hacking of U.S. companies to be added to the trade discussions.

As of early Wednesday, both the Treasury Department and the Chinese embassy have not commented on the next round of reported trade talks.