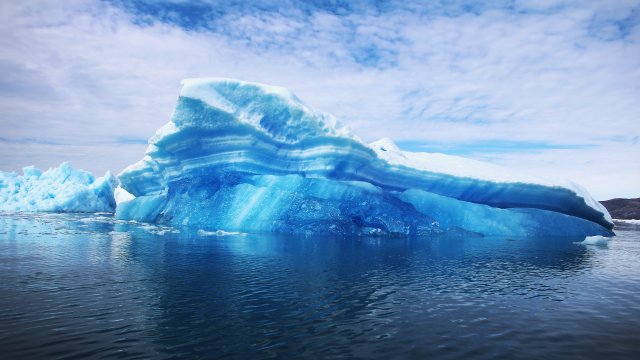 SMS
US Reportedly Refused To Sign Arctic Council Declaration
By Briana Koeneman
By Briana Koeneman
May 7, 2019
Anonymous diplomats told reporters member states couldn't come to an agreement because the U.S. objected to language about climate change in the text.
SHOW TRANSCRIPT

Nations participating in the Arctic Council's meeting in Finland this week failed to issue a final joint declaration for the first time since the council was formed. That's reportedly because the U.S. refused to sign it over references to climate change.

The council's outgoing chairman didn't name any names or give an explanation when he announced that the declaration was "off the table." But anonymous diplomats told reporters the eight member states couldn't come to an agreement because the U.S. objected to language about climate change in the final text.

Instead, the council issued a short statement reaffirming its commitment to sustainable development and protecting the Arctic's environment.

U.S. Secretary of State Mike Pompeo had already ruffled some feathers the day before when he told the council the quickly warming Arctic region is at the "forefront of opportunity and abundance."

"Steady reductions in sea ice are opening new passageways and new opportunities for trade.  This could potentially slash the time it takes for ships to travel between Asia and the West by as much as 20 days," Pompeo said.

A senior official with the U.S. State Department told Reuters the U.S. was ready to sign a final declaration, and the idea for a "simpler, positive, unified, collective message" had come from other participants.