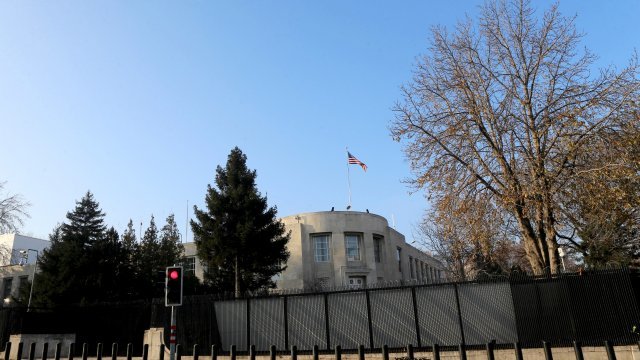 SMS
US Is Reportedly Bulking Up Security At Embassies In The Middle East
By Briana Koeneman
By Briana Koeneman
May 14, 2018
U.S. defense officials told NBC that dozens of Marines were added to the security details of embassies in Jordan, Israel and Turkey.
SHOW TRANSCRIPT

The U.S. is reportedly upping security at its embassies across the Middle East.

U.S. defense officials told NBC Monday that dozens of Marines were added to the security details of embassies in Jordan, Israel and Turkey.

They say officials are also considering bulking up U.S. military security in other Middle Eastern countries that have seen large-scale demonstrations in the past, like Egypt and Pakistan.

The report came as thousands of Palestinians continued to protest after the U.S. Embassy in Israel was relocated from Tel Aviv to Jerusalem.

It's unclear exactly how long the additional security will be stationed in the region.