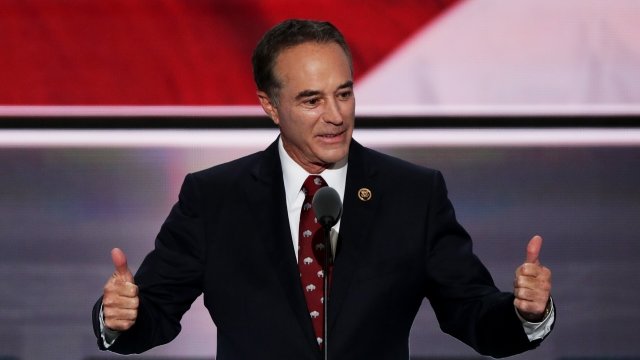 According to the indictment, Rep. Collins was on the board of directors for a drug company. Investigators say he shared confidential information about the negative results of a drug trial with his son, who then allegedly passed it on to Zarsky and others.

The defendants and other unnamed co-conspirators reportedly traded on that information before it became public, avoiding $768,000 in losses.

The congressman's lawyers said in a statement they would "mount a vigorous defense to clear his good name" and are confident he will be exonerated.

House Speaker Paul Ryan released a statement saying he removed Collins from the House Energy and Commerce Committee "until this matter is settled." He said the decision is based the seriousness of the charges, and Collins' guilt or innocence will be decided by the courts.