US Releases Spy Jonathan Pollard After 30 Years In Prison 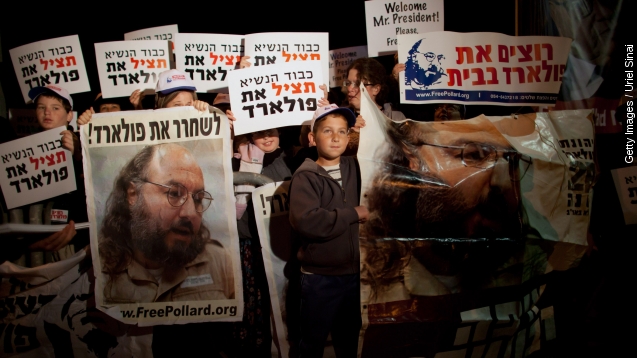 Pollard was arrested in 1985 and pleaded guilty to spying for Israel after he leaked hundreds of documents, including information about Arab nuclear weapons, according to declassified CIA documents. (Video via NBC)

Between 1984 and 1985, Pollard stole classified documents and passed them to Israel in exchange for cash payments. (Video via Channel 2 via PBS)

The secretary of defense at the time said he could not "conceive of a greater harm to national security" than Pollard's actions. But Pollard's supporters say he was helping an American ally.

According to U.S. officials, Pollard has requested to return to Israel to be with his family. Earlier this month, two members of Congress sent a letter to the Attorney General on his behalf, saying "there is no reasonable probability that he will commit any future crimes."

The New York Times reports President Obama's deputy national security advisor said the commander in chief won't intervene. He said, "The president has no plans to alter the forms of his parole."