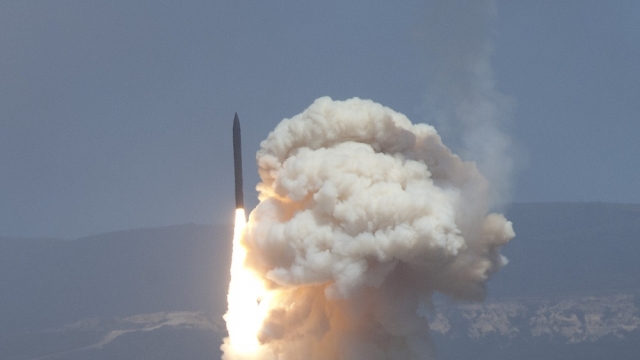 SMS
The US Is Testing Its Best Chance Of Stopping A North Korean Missile
By Matt Picht
By Matt Picht
May 26, 2017
The U.S. missile defense system has a spotty track record, but it's about to undergo a major test.
SHOW TRANSCRIPT

For the first time ever, the U.S. is testing how its missile defense system might do against an intercontinental ballistic missile — aka the type of nuclear missile North Korea is racing to develop.

The U.S. is planning to launch a mockup of an ICBM from the Marshall Islands and hit it midflight with an interceptor missile launched from Vandenberg Air Force Base, California. The test has been planned for a while and wasn't intended to be a reaction to North Korea's increasingly frequent missile tests.

Between launch and impact, an ICBM spends most of its time traveling through the vacuum of space. That's the "midcourse" of its flight, and it's the best time to crash an interceptor missile into the ICBM and blow it up harmlessly. 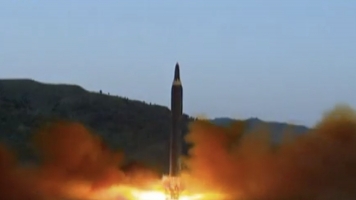 By the end of the year, the U.S. will have 44 of these Ground-based Midcourse Defense interceptors in place. There's just one problem — they're not very reliable.

The missile defense system has been tested 17 times since 1999 against non-ICBM types of targets. It's missed the mark eight times, largely due to technical errors.

But it'll probably still be awhile before North Korea develops an ICBM. It's still testing medium-range missiles, which usually have a maximum range of up to 1,900 miles.