US Confirms It's Raising Tariffs On Chinese Goods This Week 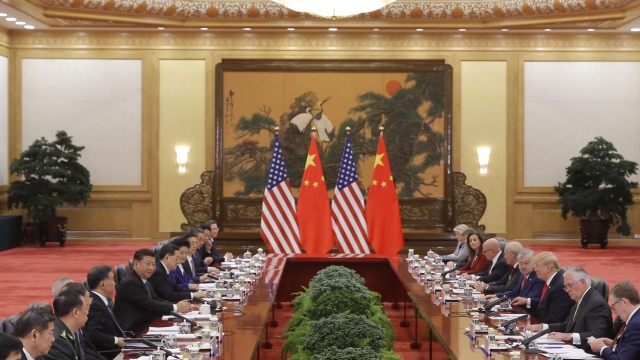 On Monday, U.S. Trade Representative Robert Lighthizer confirmed an increase in tariffs on $200 billion worth of Chinese goods starting Friday.

President Donald Trump tweeted over the weekend that negotiations between the two countries were moving too slowly, and he threatened to boost tariffs from 10% to 25%.

The president tweeted after Lighthizer briefed him on China's attempt to renegotiate certain measures. Last week, Lighthizer and Treasury Secretary Mnunchin visited Beijing. Among other concerns during the trip, Mnuchin said China had given the U.S. some reassurances, but that talks went "substantially backward" over the weekend.

The Trump administration discussed the tariff increase with China back in September, and the two countries have been imposing various tariffs on each other in a yearlong tug-of-war.

Lighthizer said there's recently been "erosion in commitments by China, I would say retreating from commitments that have already been made, in our judgment."

Multiple outlets reported that in response to President Trump's threat, China was considering delaying or canceling negotiators' planned trip to Washington, D.C., this week for the next round of trade talks.

A trade delegation led by Vice Premier Liu He was scheduled to arrive in the U.S. on Wednesday. But a spokesman for China's Ministry of Foreign Affairs would not confirm to reporters when that delegation is leaving Beijing, how long it will be in the U.S. or if Liu still plans to go.