Russian Satellite Maneuvers Are Making The US Nervous 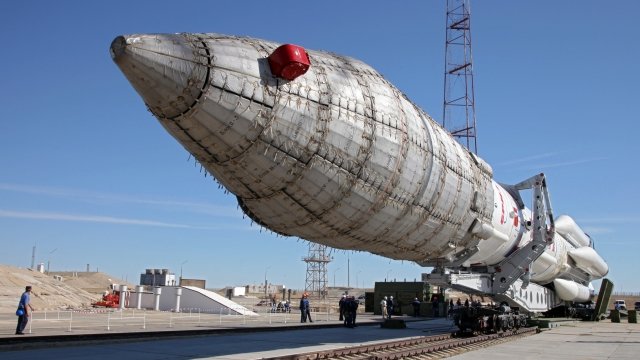 SMS
Russian Satellite Maneuvers Are Making The US Nervous
By Matt Picht
By Matt Picht
August 16, 2018
The U.S. is drawing attention to "very abnormal" behavior by a Russian satellite, right as the White House pushes for a U.S. Space Force.
SHOW TRANSCRIPT

The U.S. is raising red flags about Russia's space program, just as the White House is considering making a new military branch in space.

The U.S. claims a satellite Russia launched last year exhibited some "very abnormal behavior" that could threaten other satellites in orbit. Russia says the accusations are unfounded.

According to Russia, the satellite in question is only inspecting other Russian satellites for maintenance. But its movements apparently didn't line up with its stated mission, and whatever it was doing was apparently strange enough to worry the U.S.

The idea of using satellites to monitor and even patch up other satellites sounds pretty benign. But anything that can get close enough to inspect a friendly satellite could also be used to disable or destroy enemy satellites in orbit.

That's a major vulnerability for the U.S. military. Satellites coordinate almost every military operation, and there aren't really any effective protections to keep them from being tampered with. 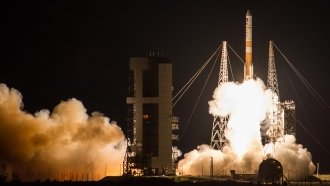 A Space Force Would Probably Bring New Weapons With It

This comes as the White House is floating its plans for a U.S. Space Force. Pointing out potential bad behavior from other countries could make it easier for the Trump administration to justify its plans for a military presence in space.

And rogue satellite-killers are just one possible threat satellites have to face. Russia, China and the U.S. all have the capability to field systems that can take out satellites from the ground.

Currently, international treaties only bar weapons of mass destruction from being fielded in outer space. The U.S. has rejected an international ban on conventional weapons in space pushed forward by Russia as ineffective and full of loopholes.