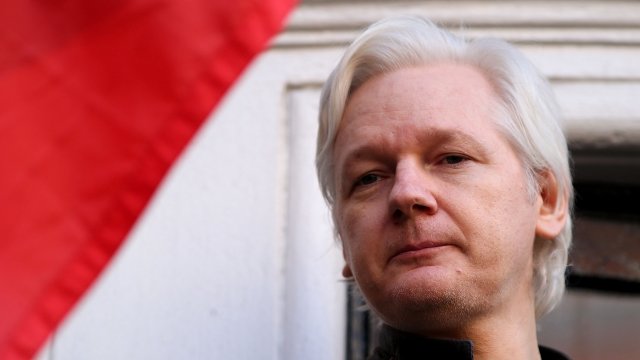 Federal prosecutors are challenging a request from free-press advocates to unseal any pending criminal charges against WikiLeaks founder Julian Assange.

The Reporters Committee for Freedom of the Press asked a judge to make charges against Assange public after those charges were accidentally mentioned in an unrelated court document.

But prosecutors argue that doesn't mean they're required to confirm or deny whether sealed charges against Assange actually exist.

Assange has been on the Justice Department's radar since WikiLeaks published thousands of classified government documents back in 2010. The site's also come up in special counsel Robert Mueller's Russia investigation. WikiLeaks published a bunch of emails that were stolen from Democrats by Russian agents during the 2016 election.

But Assange has been holed up in the Ecuadorian Embassy in London for years now and would have to be arrested and extradited to the U.S. if he were to face charges in federal court.