How Effective Was Trump's Previous Strike Against Syria? 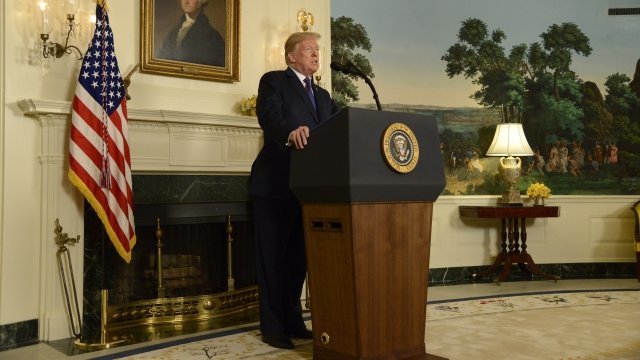 SMS
How Effective Was Trump's Previous Strike Against Syria?
By Ethan Weston
By Ethan Weston
April 14, 2018
The Trump administration launched a strike against Syria about this time last year — but not much happened.
SHOW TRANSCRIPT

Looking back, it's not clear how effective last year's strikes were. One airbase the U.S. fired at was back in use the next day. Military analysts told NBC News the strikes didn't alter the course of Syria's civil war.

And last year's strikes against Syria don't seem to have deterred the Syrian government from using chemical weapons again. This time, the Trump administration has said it was prepared to continue strikes until the regime stops its alleged use of chemical weapons.