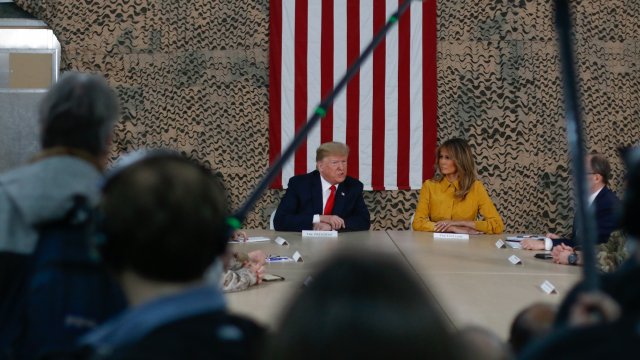 Trump has a plan for Iraq. He wants to use it as a base to spy on Iran.

"We spent a fortune on building this incredible base, we might as well keep it. And one of the reasons I want to keep it is because I want to be looking a little bit at Iran because Iran is a real problem."

To Iraqi leaders — that's a problem. That's because the U.S. is in Iraq at the invitation of the Iraqi government. It's there for the specific mission of fighting ISIS, not for watching Iran.

To say the U.S. is going to shift missions and start using Iraq as a place to spy on Iran would require the U.S. to sign a new agreement with the Iraqi government — something there's little appetite for in a country that shares a border with Iran. 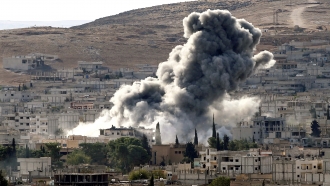 The move has been denounced by many of Iraq's politicians, including the president and prime minister. Even Iraq's powerful Grand Ayatollah Ali al-Sistani, an influential figure who rarely speaks directly on politics, has stepped in declaring, "Iraq refuses to be a station used to harm any other country."

When asked about the Iraqi government's negative response to Trump's plan, a senior administration official said they were surprised, since he'd mentioned it while visiting Al-Asad Airbase in western Iraq in December.

"While maintaining the US presence in Iraq to prevent an ISIS resurgence and to protect US interests and to always watch very closely for any potential reformation of ISIS and also to watch over Iran. We'll be watching."