Report: US Pedestrian Deaths In 2018 Were The Highest In Decades 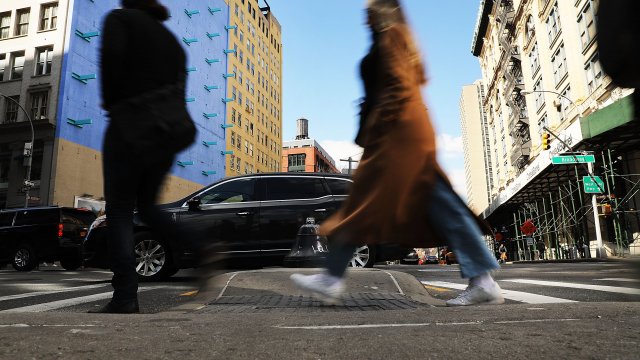 The number of U.S. pedestrian deaths in 2018 was higher than it's been in almost three decades.

That's according to a new report from the Governors Highway Safety Association.

The nonprofit group analyzed state crash fatality data from the first six months of last year. It estimates that more than 6,200 pedestrians died in car accidents in 2018, which is the highest number since 1990.

"Traffic deaths overall are going down, and yet pedestrian deaths are going up every year," said Jonathan Adkins, executive director of the Governors Highway Safety Association.

Researchers identified a number of factors that might be behind the increase.

"We're in bigger vehicles, we're going faster, and the role of alcohol is playing a big role — not only are drivers many times having have had too much to drink behind the wheel, sometimes pedestrians are as well," said Adkins.

Experts say the findings are concerning, despite progress in other areas of road safety. The GHSA recommends implementing better infrastructure and bringing more awareness to the issue in order to reverse the trend.

Last year, another study found that there's a 43 percent higher risk of pedestrian deaths on Halloween night compared to other evenings around that date.