A US Paralympian Invented Limbs Being Used By His Competitors 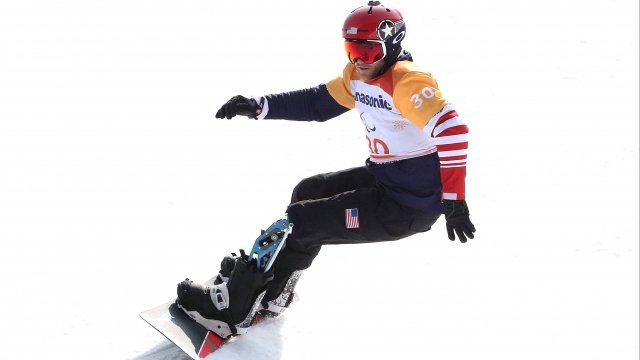 After losing a leg in a snowmobiling accident, Mike Schultz was determined to make prostheses designed specifically for extreme sports.

For U.S. Paralympic snowboarder Mike Schultz, the 2018 Games aren't just a chance at a gold medal. They'll also let Schultz see how his biggest competitors use his inventions.

Schultz invented the "Moto Knee" and the "Versa Foot," two "extreme" prostheses athletes are using at the Paralympics in South Korea. They're meant for high-impact sports, like motocross, snowmobiling and snowboarding.

Fans want to see athletes hit big tricks as much as athletes want to do them — but for that to happen, it requires a bit of help from engineers.

Schultz designed the Moto Knee and Versa Foot to be even more flexible than standard prostheses. They're built around tunable bicycle shocks and rely on compressed air and metal linkage to help athletes land difficult jumps.

Some of the world's best Paralympic snowboarders say they use Schultz's inventions because they're versatile. And the inventions seem to be helping the U.S. win medals. Schultz himself has won snowboarding gold already, and his teammates have medaled five times themselves.