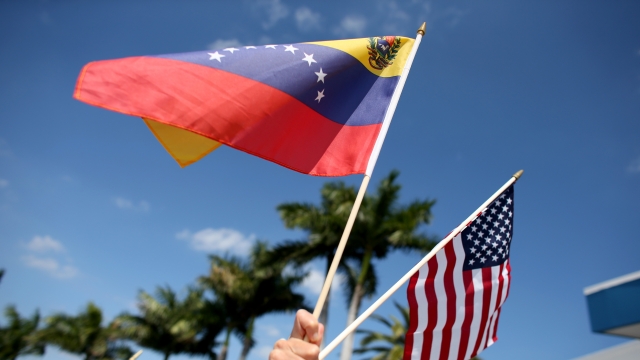 The U.S. State Department ordered all non-emergency government employees and their families to leave Venezuela on Thursday.

It's also advised other Americans living or currently traveling in the South American nation to "strongly consider departing" while commercial flights are still available.

That security alert from the State Department came shortly after Venezuelan President Nicolás Maduro ordered all Venezuelan diplomats in the U.S. to return home.

Maduro was recently elected to a second term, but Venezuelan opposition leaders and some foreign governments say the vote was unfair.

Maduro announced he was breaking ties with the U.S. Wednesday after President Donald Trump put his support behind the opposition leader, Juan Guaido, who's sworn himself in as Venezuela's interim president. As part of that decision, Maduro's demanded all American diplomats leave Venezuela by Sunday.

Despite it ordering non-emergency government personnel to leave the country, the State Department told multiple outlets Thursday that it has "no plans to close the embassy" in Caracas.