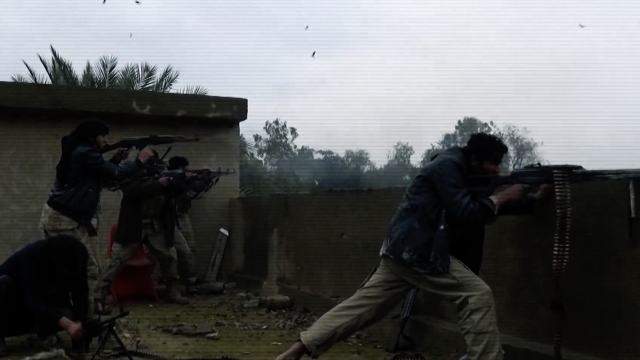 SMS
US Officials Say ISIS Could Be Running Out Of Fighters
By Ethan Weston
By Ethan Weston
December 14, 2016
US-led airstrikes have helped kill most of ISIS' fighters, leaving only about 12,000 to 15,000.
SHOW TRANSCRIPT

"The number of battle-ready fighters inside Iraq and Syria is now at its lowest point that it's ever been. We estimate about 12,000 to 15,000. And ISIL is unable to replenish its ranks," Brett McGurk, U.S. special envoy to the anti-ISIS coalition, told reporters Tuesday.

According to U.S. officials, that means at least 75 percent of ISIS fighters have been killed during U.S.-led airstrikes since they started in 2014.

SEE MORE: The US Is Sending 200 More Troops To Fight ISIS

The news comes as the U.S. and Iraqi forces are waging a battle to retake the city of Mosul — an initiative that's entering its second month.

President Obama is going to have to hand off the anti-ISIS mission to President-elect Donald Trump, but officials said lots of work is going into making sure the transition goes as smoothly as possible.