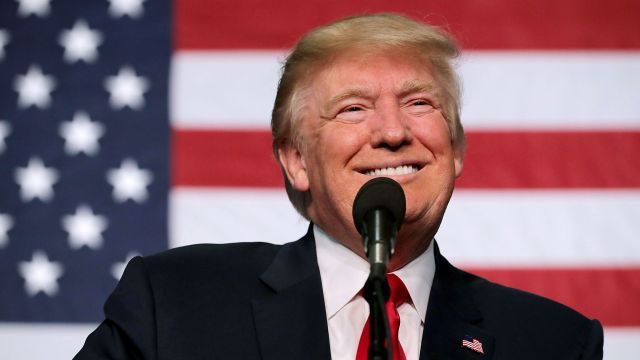 President-elect Donald Trump says he's leaving his businesses behind him. And the U.S. Office of Government Ethics couldn't be more thrilled.

The little-known government agency responded to Trump's recent tweets about his businesses with a tweetstorm of its own. It called Trump's announcement "brilliant," a "good call" and the "right decision."

It's a departure from the agency's typical activity on Twitter, which mostly consists of updates to various ethical rules and regulations.

But the OGE repeated one phrase in particular: "total divestiture." Apparently, the agency told Trump's legal counsel they'd sing his praises if he completely divests from his businesses.

But that's not exactly what he's planning to do. Politico reports Trump's lawyers are exploring a range of options to let him keep ownership of parts of his businesses while still dodging conflicts of interest.

As far as we know, Trump's current plan involves keeping the Trump Organization in the family by handing it to his kids.

So either the OGE knows something the rest of us don't, or it might be leveling a not-so-subtle reminder at Trump about the best way to avoid ethical conflicts as president.