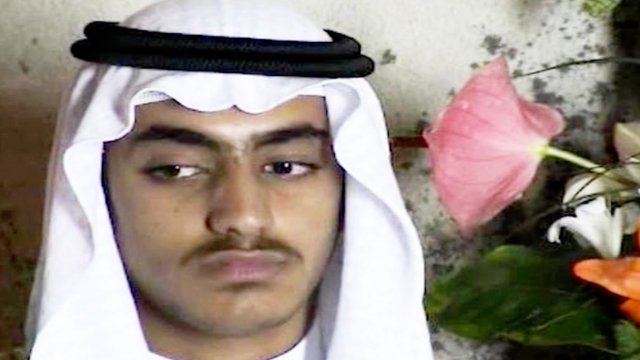 The U.S. Department of State is offering a reward of up to $1 million for anyone who can provide information leading to the whereabouts of one of former Al-Qaeda leader Osama bin Laden's sons.

On Thursday, the department said Hamza bin Laden is "emerging as a leader" of the terrorist organization. A letter seized from Osama bin Laden's compound suggest he may have been "grooming" his son to replace him.

The State Department labeled Hamza bin Laden a specially designated global terrorist in 2017. Individuals on this list are said to pose a serious threat to Americans and U.S. national security.