US Officials Say North Korea Is Willing To Talk About Denuclearization 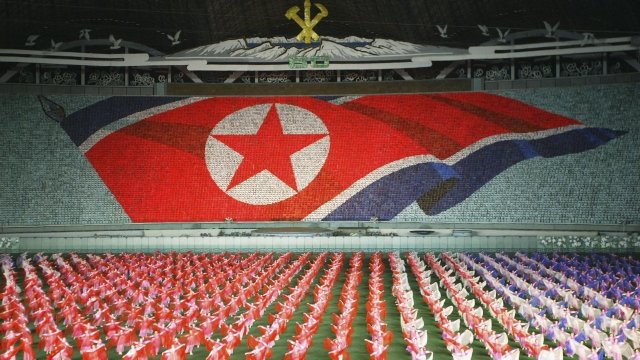 The New York Times called the statement "the first direct confirmation" that Kim plans to sit down with President Donald Trump later this year.

North Korean officials reportedly relayed the talking point to members of the Trump administration during direct talks to prepare for the meeting between the two leaders.

It's worth noting that while Trump said last month he had accepted an invitation to meet with Kim, North Korea has yet to publicly respond.

If the meeting does happen, it's unclear what North Korea's idea of denuclearization would look like and what concessions it would want the U.S. to make in exchange.