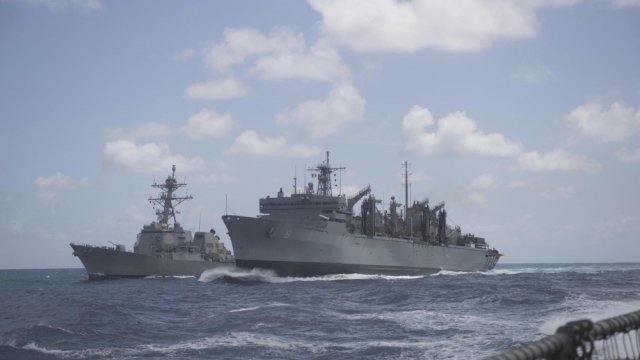 SMS
US To Re-establish 2nd Fleet As Russia Ups Activity In Atlantic
By Ethan Weston
By Ethan Weston
May 5, 2018
The decision comes as the U.S. military looks to change its defensive strategy.
SHOW TRANSCRIPT

The U.S. Navy is re-establishing its 2nd Fleet on the East Coast and in the north Atlantic Ocean as Russia ups its activity in the area.

The reactivation comes as the U.S. military moves away from counterinsurgency campaigns and back toward a strategy more fit for a world of major power struggles between nations.

In December, NATO's chief warned that Russian submarine activity was "at its highest level since the Cold War." Much of that activity was in the Atlantic Ocean and Mediterranean Sea.

The U.S. 2nd Fleet was originally disestablished in 2011.