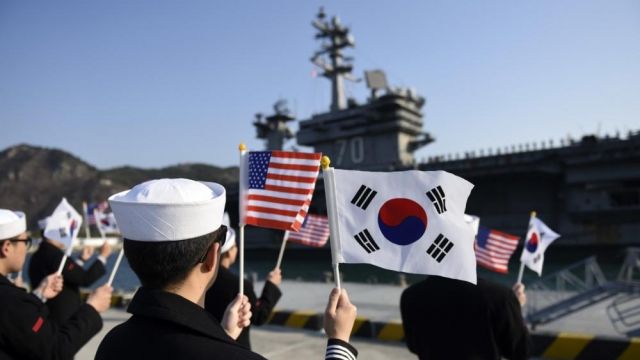 With North Korea's continued missile tests, the U.S. Navy has ordered the Carl Vinson strike group to sail near the Korean Peninsula.

It's not rare for the Navy to be in the area. The Carl Vinson strike group was in South Korean waters last month for joint training exercises.

But the group was rerouted from Australia to the western Pacific. That decision came two days after a North Korean missile test.

North Korea has hinted it may launch another missile as soon as April 15, the 105th birthday of the country's founding president.

Some military analysts predict North Korea is just two years away from developing missiles that could hit the U.S.