Chinese Planes Just Got Too Close For Comfort, And It's Not A First 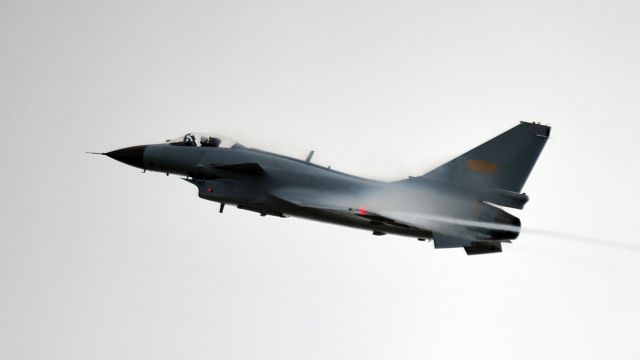 SMS
Chinese Planes Just Got Too Close For Comfort, And It's Not A First
By James Packard
By James Packard
May 26, 2017
The U.S. Navy says Chinese military jets have been coming too close for comfort lately. And historically, that's a cause for concern.
SHOW TRANSCRIPT

U.S. officials say it happened Wednesday. At one point, a Chinese fighter reportedly flew within 100 feet of the U.S. plane.

The Navy says the U.S. plane was flying in international airspace when it happened. It also emphasized that U.S. planes fly around the South China Sea all the time.

It's the second time in as many weeks that U.S. and Chinese military planes have rubbed shoulders. A couple Chinese fighters intercepted a U.S. plane monitoring for nuclear activity on May 17. In both cases, U.S. officials said the Chinese acted "unprofessionally."

A Chinese Defense Ministry spokesperson said China wants the U.S. to stop surveillance so close to its coast.

U.S. surveillance near China has been contentious for years, so it's no wonder U.S. officials are so worried about this incident. 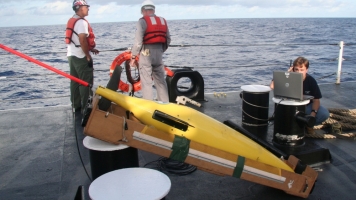 Back in 2001, a U.S. spy plane collided with a Chinese fighter, killing a Chinese pilot and forcing the American crew to make an emergency landing on China's Hainan Island without permission.

The Chinese captured and interrogated the crew, and the fight for their release became an international dispute.

"It is time for our servicemen and -women to return home. And it is time for the Chinese government to return our plane," then-President George W. Bush said in a statement.

The crew was held for 11 days and had a massive homecoming celebration in Washington state when they got back. The plane wasn't retrieved until that summer.

Once the crew was stateside, the U.S. government slammed China, blaming them for the incident.

A similar incident now could complicate things between the U.S. and China, which could throw a wrench in the friendly relationship President Trump has built with Chinese President Xi Jinping.