US Military Grounds Aircraft In Djibouti After 2 Incidents 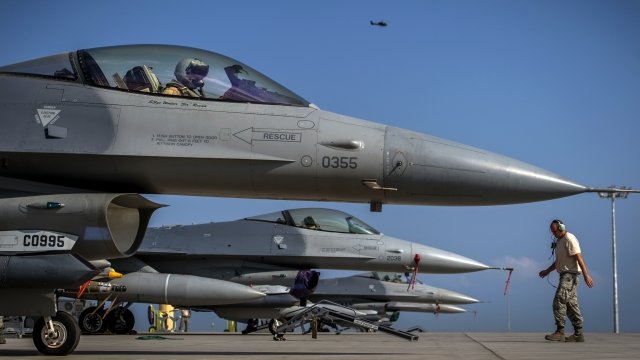 SMS
US Military Grounds Aircraft In Djibouti After 2 Incidents
By James Packard
By James Packard
April 5, 2018
The government of Djibouti asked the U.S. to pause its air operations there after two incidents Tuesday.
SHOW TRANSCRIPT

The U.S. military has stopped its air operations in Djibouti after the country's government asked it to following two incidents. That move could affect counterterrorism operations in Somalia and Yemen.

On Tuesday, two U.S. Marine aircraft were involved in separate events. A Harrier jet crashed on takeoff at the international airport near the country's capital. The pilot was able to eject and was treated for injuries. Later Tuesday, a U.S. Marine helicopter was damaged while it was landing at a beach not far away.

Both aircraft were participating in an exercise that has now been halted. There are about 4,000 Americans in Djibouti working to ward off al-Shabaab in Somalia, which is right next door.

The incidents Tuesday happened the same day four Marines were killed in Southern California when their helicopter crashed. A U.S. Air Force Thunderbirds pilot died Wednesday during a training exercise in Nevada.