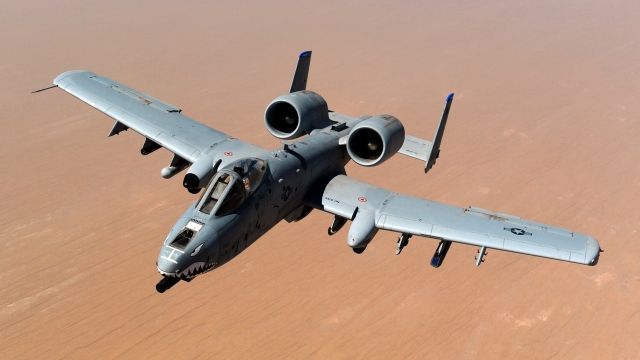 SMS
The US Said It Wouldn't Fire This Ammo In Syria — But It Did
By Lindsey Pulse
By Lindsey Pulse
February 16, 2017
A spokesperson for U.S. Central Command said armed forces fired depleted uranium ammo during a 2015 ISIS raid.
SHOW TRANSCRIPT

The U.S. government said it wouldn't fire a controversial type of ammunition in Syria — but then it did.

A spokesperson for U.S. Central Command said armed forces fired depleted uranium bullets in a raid against ISIS in November 2015. Months prior, the Pentagon said it wouldn't.

Depleted uranium bullets are more dense than other types of ammunition, and they can be used in combat to pierce armored vehicles.

Hundreds of thousands of them were fired during the Iraq War in populated areas — and that's where the controversy comes in.

Depleted uranium ammunition is radioactive; it's been blamed for causing birth defects and long-term health problems like cancer. No rule says they can't be used.

Studies by the Iraqi Ministry of Health found correlations between a rise in cases of illness and areas of heavy fighting. Other studies claim there's no clear evidence.

The 2015 air raid targeted ISIS oil trucks in Syria. The U.S. government wanted to cut off one of the militant group's main sources of revenue.

It's unclear if civilians were near the attack site. The Washington Post reports officials dropped fliers that told people to clear out.