US Military Confirms The Leader Of ISIS In Afghanistan Is Dead 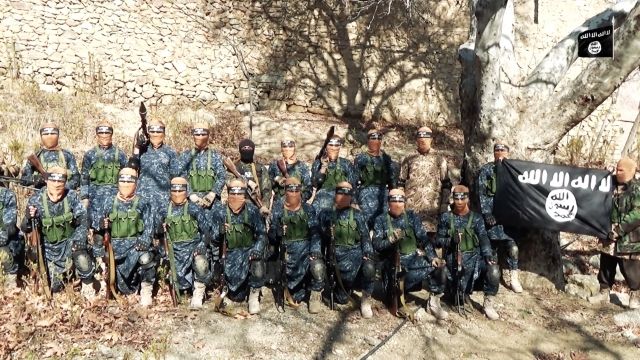 The U.S. military has confirmed the leader of ISIS in Afghanistan is dead.

In a statement released Sunday, the commander of U.S. forces in Afghanistan said Sheikh Abdul Hasib was killed in a raid on April 27.

The raid was conducted by both Afghan special security forces and U.S. troops.

Several other high-ranking ISIS leaders and dozens of ISIS fighters were also killed during the operation.

Hasib was appointed as head of the faction after his predecessor died in a U.S. drone strike last year.

U.S. officials say Hasib ordered an attack on a military hospital in Kabul earlier this year that left at least 50 people dead.

He also reportedly told ISIS fighters to kidnap girls and behead elders in front of their families.

The raid that killed Hasib took place less than a mile away from where the U.S. dropped the MOAB, also known as "the mother of all bombs," on April 13.