US Migrant Shelters Are Almost At Capacity 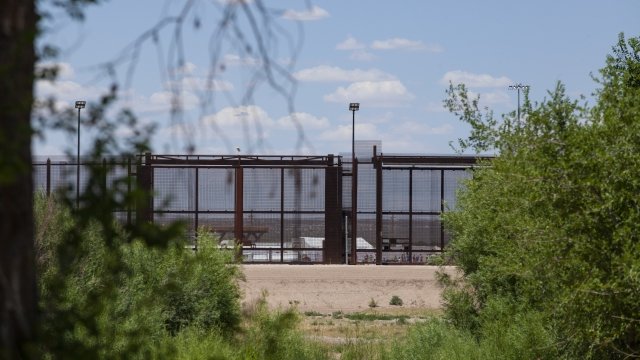 SMS
US Migrant Shelters Are Almost At Capacity

By Caitlin Baldwin
December 14, 2018
Nearly 15,000 unaccompanied children are being held in migrant shelters across the U.S.
SHOW TRANSCRIPT

NPR first reported the news Thursday. According to the outlet, the Department of Health and Human Services says the country's 100 shelters are 92 percent full.

One of the largest shelters is in Tornillo, Texas. It houses around 2,800 unaccompanied teens, according to NPR.

As CNN points out, the amount of time unaccompanied minors are spending in the shelters is increasing. Some children can be released to sponsors while their asylum cases are pending, but a new policy could be making that more difficult.

In April, the Trump administration implemented a process that requires possible sponsors and everyone living in the sponsor's home be fingerprinted. The policy may be deterring sponsors from coming forward to claim children.

On Monday, ICE said about 80 percent of potential sponsors were undocumented, and the agency said it arrested 170 of them.

It's unclear what the government will do to address the capacity issue. A Health and Human Services official told NPR that all options are "on the table," including adding more beds to facilities and relaxing the fingerprint policy for possible sponsors.