The US-Mexico Trade Deal May Move Forward Without Canada 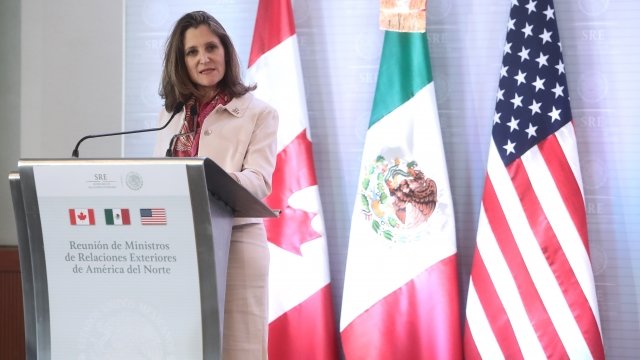 There's a chance a bilateral trade deal between the U.S. and Mexico could move forward without Canada.

In August, President Trump said he was "terminating" NAFTA in favor of a trade agreement with Mexico. He said he'd call it the "United States-Mexico Trade Agreement."

Canada rejoined trade talks with the U.S. shortly after Trump's announcement. But the country's foreign minister said Canada would only sign a trade agreement that was good for Canada and the middle class.

The Trump administration has said it hopes to sign a trade agreement before Mexico's current president is out of office in late November — with or without Canada.