US Merges Consulate With Embassy In Jerusalem 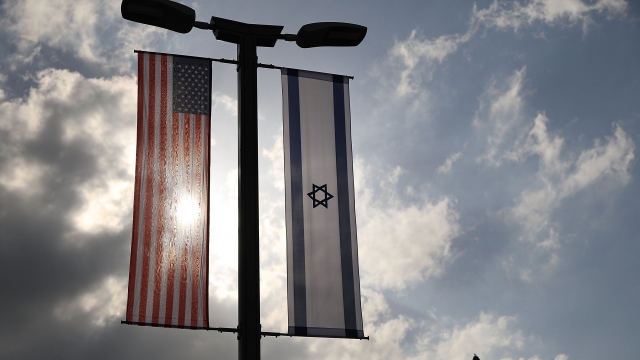 The U.S. has officially merged a consulate in Jerusalem with its embassy in the city.

The consulate primarily acted as a de facto embassy to the Palestinians. Secretary of State Mike Pompeo announced the move in October. It essentially downgrades the status of the diplomatic mission. Now, outreach to Palestinians will be handled through the Palestinian Affairs Unit at the U.S. Embassy in Jerusalem.

A State Department spokesman said the decision to merge the consulate and embassy doesn't "signal a change of U.S. policy on Jerusalem, the West Bank, or the Gaza Strip."

When it was first announced, Palestinian officials criticized the move as the latest in a series of U.S. actions targeting Palestinians. In 2017, President Donald Trump recognized Jerusalem as Israel's capital and moved the embassy there last year, breaking with decades of precedent. Palestinians see Jerusalem as the capital of their future state.

The Trump administration has also cut funding to Palestinian refugees and closed the Palestinian diplomatic mission in Washington, D.C.