US Measles Outbreak Largest Since 2000, According To CNN Analysis 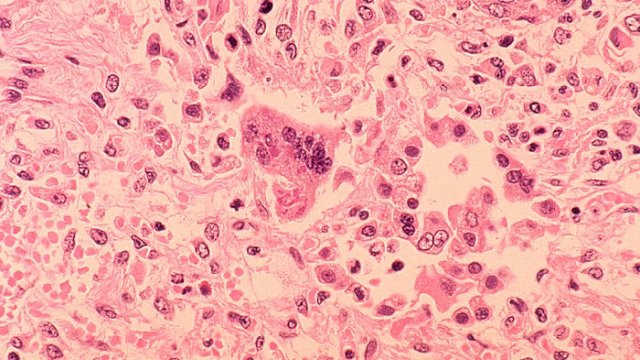 The CDC reported 626 measles cases in 2019, but the agency only updates its numbers once a week. CNN says there have been 55 more cases since then.

Centers for Disease Control and Prevention

The U.S.' measles outbreak is now the largest since the disease was declared eliminated in 2000, according to CNN.

On Monday, the CDC reported 626 measles cases in 2019 so far, but the agency only updates its official numbers once a week. Since then, CNN says states have reported 55 additional cases, which pushes the outbreak past the previous highest year.

Twenty-two states have confirmed cases, but as of Monday the CDC only considers five of them to currently have ongoing outbreaks — which is defined by three or more cases at once. Those states are New York, Washington, New Jersey, California, and Michigan.

The growing number of unvaccinated children has government officials concerned. One of them is Ned Sharpless, the new acting commissioner of the FDA. In his first speech at the agency, he said he wants to communicate the safety and effectiveness of vaccines to the public.