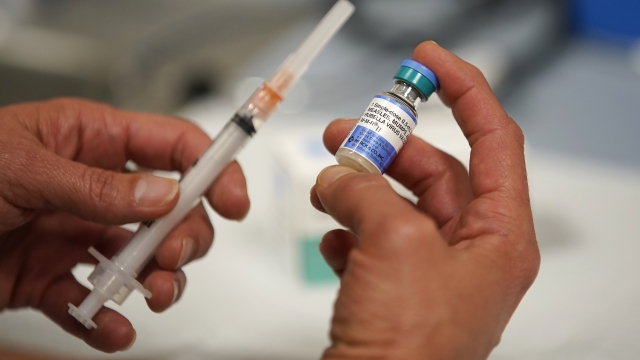 The CDC says there've been 1,022 measles cases confirmed so far this year, which is the highest number in nearly three decades.

The growing number of measles cases in the U.S. isn't showing signs of slowing down.

According to the latest data from the CDC, 1,022 measles cases have been confirmed in 28 states so far this year. That's the highest number since 1992.

Monday's report shows an increase of 41 cases from the previous week's report. The virus is now present in more than half of states, since several states reported their first cases within the last few weeks.

The CDC attributes recent outbreaks to vaccine refusal and to travelers who've brought the virus into the U.S. from other countries, like Israel and Ukraine.

The World Health Organization named vaccine hesitancy as one of the top 10 threats to global health this year, and HHS Secretary Alex Azar has underscored the importance of vaccination.

Health regulators recommend children be fully immunized against 14 preventable diseases by the time they're 6 years old. That includes the measles, mumps and rubella, or MMR vaccine.