America's Mayors Still Aren't On Board With Obamacare Repeal 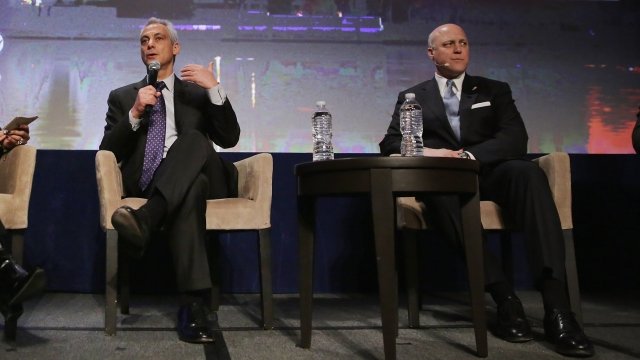 SMS
America's Mayors Still Aren't On Board With Obamacare Repeal

By Eugene Daniels
July 25, 2017
Mayors have been speaking out about the GOP's plan to repeal Obamacare for months.
SHOW TRANSCRIPT

No matter how the Obamacare repeal votes shake out in the end, one group has more skin in the game than most: American mayors. And many of them are speaking out, concerned about the possible fallout should a repeal actually go through.

In a new Politico survey, 86 percent of U.S. mayors said they are "greatly concerned" that getting rid of Obamacare "would leave their citizens more vulnerable to health crises." Fifty-seven mayors took the non-scientific survey, with 80 percent of them being Democrats. That sounds like a lot of Democrats, but, according to Politico, most mayors are Democrats. 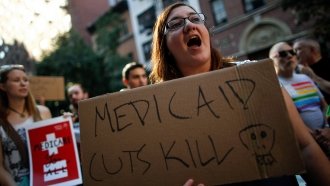 And what issues do these mayors think Obamacare repeal would impact the most? Opioids, guns and obesity, coming in at 39 percent, 20 percent and 19 percent, respectively.

The mayors are also concerned about Medicaid cuts, with 76 percent of them saying the Medicaid expansion of Obamacare was "very important" to their city. The program is funded by both states and the federal government. And with more than 68 million people on Medicaid, any cuts would likely have to be made up for by local governments that might not have the money to do so.

This isn't the first time mayors have spoken out about the impact of the GOP's plan to repeal and replace. Since January, the Conference of Mayors has been sending letters to Congressional leaders reminding them of the impact of repeal and speaking out against the House's repeal bill.

And, believe it or not, mayors can hold a lot of clout because they're the ones on the ground. It's the mayors who will have to directly deal with the fallout of whatever plan Congress finally decides on.