US May Designate Muslim Brotherhood As A Terrorist Organization 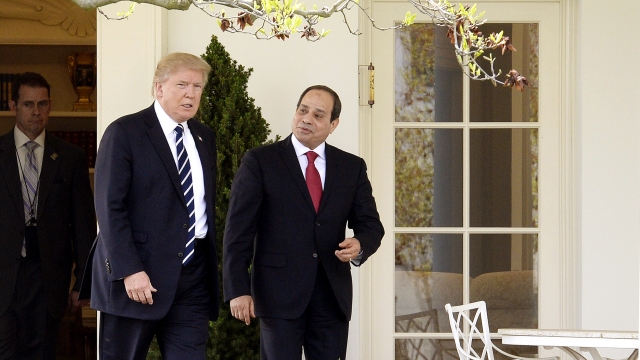 The U.S. is considering designating the Muslim Brotherhood a foreign terrorist organization.

According to the New York Times, Egyptian President Abdel-Fattah el-Sissi asked the U.S. to make the designation during his meeting with President Donald Trump in early April.

Press Secretary Sarah Sanders confirmed the possibility Tuesday, saying, "The president has consulted with his national security team and leaders in the region who share his concern, and this designation is working its way through the internal process."

The Muslim Brotherhood is the oldest Islamist group in Egypt, and el-Sissi's request is unsurprising. He led a coup against former Egyptian president Mohamed Morsi in 2013, and many of Morsi's supporters were part of the Brotherhood. After the coup, el-Sissi designated the group a terrorist organization and ordered the military to throw thousands of its members in jail.

The Brotherhood renounced violence decades ago, but critics claim it is the basis of terrorist groups like Al-Qaeda and ISIS.

The designation would impose a number of sanctions on entities that do business with the Muslim Brotherhood.